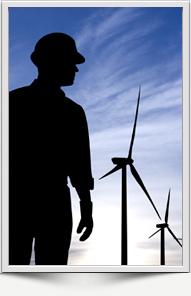 Stories from our Compensation & Rewards Practice

OBSOLETE PLAN: A Story of Creating Alignment and Reducing Exposure

Situation:  The old compensation plan had been in place for ten years without being updated and the utility was threatened by a discrimination suit. InTandem intervened and determined that the hierarchy of jobs did not reflect present reality. Some positions were doing more and compensated inadequately and the utility was not rewarding efforts where the business practices were going.

NO PLAN: A Story of Boosting Morale Linking Pay to Performance

Situation:  The client had no compensation plan in place, only informal comparisons without structured market data. With several on the management team soon to retire and new employees coming on board, the utility needed a fresh market tool and a way to link pay to individual achievement.

Outcome:  In developing the compensation plan, InTandem identified their key performance competencies and built a strong correlation in the plan for pay to performance. Throughout the utility, the plan created confidence in knowing it was based on fairness. Additionally, the plan boosted morale because of its strong foundation of linking  pay to individual achievement.

SUCCESSION PLANNING: A Story of a Utility at Risk

Situation:  One utility engaged InTandem to assist with succession planning.  After interviews, surveying and analysis, InTandem determined that the truly critical issue was salary compression. Executive compensation was actually less than that of many of the hourly staff and out of par with market value. If the disparity was left unaddressed, several of the senior leaders were considering departing, thus leaving the utility at risk.

Outcome:  InTandem created a fair and equitable compensation structure and devised a corresponding succession and knowledge management plan. InTandem’s approach boosted morale among the executive staff and provided the board a true plan to manage succession, recruit new talent, and steward the long-term viability of the utility.